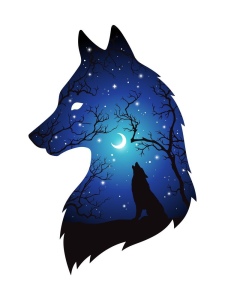 Evie sat in the corner booth waiting, idly playing with the straw in her drink. She was bored and she’d only been here ten minutes. But that was the problem with small towns. Nothing ever happened and on the odd chance that something exciting did happen, it was almost always short lived.

So, she either had to find an excuse to get out of town and head to the city, or find someone who would be willing to entertain her for a few hours.

And that was the other thing about small towns. It was impossible to date. Everyone available was either one of three things… too old, family or someone her parents didn’t approve of.

It was the third reason that bugged Evie most of all and gave her the most incentive to want to get out. It wasn’t as if she needed her parent’s approval in regards to who she dated, but the elders of the pack had strict rules as to what the younger generation could and couldn’t do.

All because some alpha over in Belfast got himself got himself into a tangle with the daughter of the faerie queen. Suffice to say it didn’t end well and a lot of people died. Of course, those actions had ripple effects which had trickled down to the American packs.

Rule #36: No werewolf shall at any time enter into a relationship with one of the fair folk.

To do so would mean excommunication. And to be a werewolf without a pack was dicey. Without protection of other pack members anything could happen.

But Evie never was good at playing by the rules.

Rolling her eyes at him as he sat down in the booth opposite her, Fletcher grinned. “Hey Sis, how’s things?”

“Fine,” she muttered. “What brings you to my booth?”

“Oh, nothing. Just thought I’d check in. See how my little sis is doing.”

Evie rolled her eyes once more. “What do you want, Fletcher?”

“They?” Evie asked, confusion marring her face. “But…”

“Apparently,” Fletcher continued, a wry smile tugging at the corners of his mouth. “Our aunt speaks very highly of you.”

“Our aunt?” Evie asked, while across the table, Fletcher nodded.

Fletcher shrugged. “How should I know? Perhaps she’s got a potential suitor already picked up, ready and waiting for you to walk down the aisle… they do have aisles in Arcadia, don’t they? I mean you could do worse.”

“I could do worse?” Evie’s nostrils flared. “’Course you would think marriage to one of the fair folk was a perfectly acceptable solution given there aren’t enough pack members to go around, wouldn’t you? Why don’t you marry one then?”

“Because Eves,” Fletcher said. “I’m not one of the last surviving Quinn females on the North American coast.”

“What’s blood got to do with any of this?” Evie demanded.

So… watch this space, because this is where I’ll be linking every chapter of this little WIP for you guys to read, as I write it.

Because I’m posting as I write it, it will be raw and unedited, but I wanted to do something a little different and have some fun. This novel does tie into other novels but is separate enough that it will stand on its own.

In My Blood (working title) is a standalone – for now – novel that is set within the world of the Eldritch Series of which Book One (The Winter Princess) is currently with an editor.

It centers around Evie, who is the last remaining Quinn female, born to mixed lineage. Not quite fey nor quite wolf. Evie has grown up following pack orders. But that’s all about to change.

As wolves mate for life and Evie has yet to find the one since the rules surrounding who she can and cannot date are harsher than ever, she is almost content to stay single until she is summoned to Arcadia by her aunt, who presents her with a contract awaiting her signature that will put an end to her spinsterhood forever.

Signing it means leaving her old life behind and trading it in for a new one. One where the mere fact that she’s a werewolf could wind up getting her killed. Can she learn the rules of Court in time and handle her faerie heritage in a world she knows nothing about while keeping her secret hidden or will it be revealed and her chance at happiness lost for good.

Earlier this month I shared a story prompt with you all. I hope it gave some of you some inspiration to start something new, as it did for me.

I wasn’t planning on starting anything new but this is what happened when I sat down to write.

I knew that sound. Dragons. They were flying directly above, their wings beating rhythmically against the wind.
I looked up, the dragon itself was unrecognisable from my spot on the hill.
As it circled over head, I knew landing was imminent.

It’s the beginning of Book 9, Ironheart, which centres around the daughter of Lancelot and Guinevere. Both of whom are dead at this point in the timeline.

I know, I know, for those of you who know anything of the Arthurian Legends, you’ll know that Lancelot and Guinevere never got their happily ever after. But they did have a long lasting affair. This is a play on that. I’m a big fan of what if’s in my novels.

I can’t give too much more away without spoiling it. Other than to say their daughter winds up at the residence of the Lady of the Lake and while there Vivienne being Vivienne meddles in things she has no right to meddle in. A girl’s future. Which brings a tonne of drama and old characters resurface etcetera. I’d been looking for a happily ever after for one of my minor characters, who until recently I thought was going to end up sad and alone, but I think he just might be the fix for Vivienne’s meddling ways.

We’ll see, it’s all subject to change at this point.