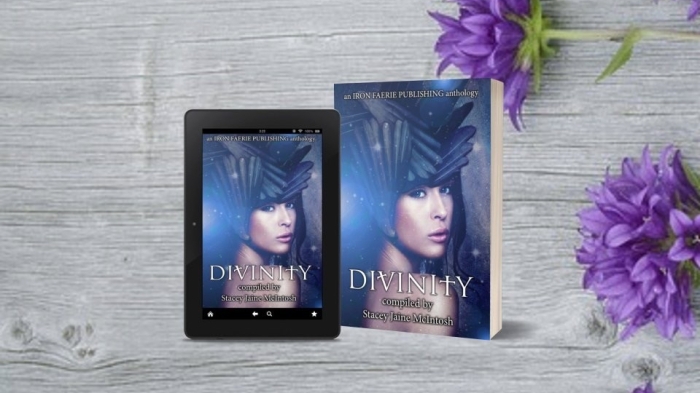 Divinity is the second anthology from Iron Faerie Publishing and it’s now available to PREORDER!

My short story, A Storm of Ravens, is one of twenty one stories featured within and it’s a story about Morrighan and Dagda. Life and death coming together and the aftermath.

It’s just over 500 words and tells the story of the Morrighan and Dagda’s union at Samhain and the battle with the Formorians.