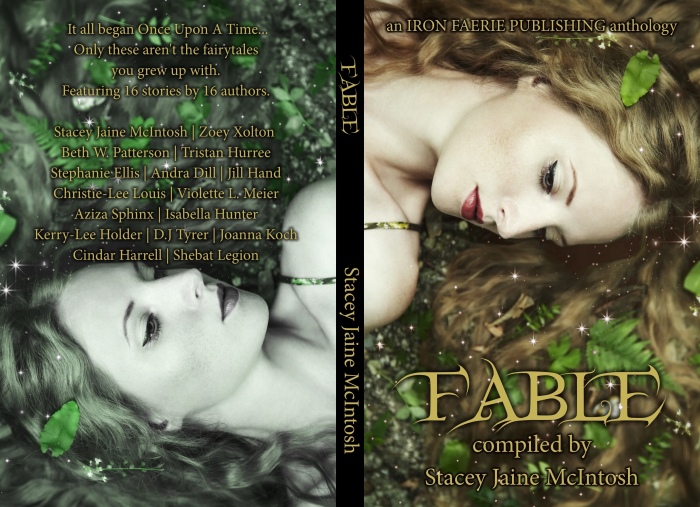 Fable, the debut anthology from Iron Faerie Publishing is available to PREORDER!

My short story, Stealing Beauty, is one of sixteen stories featured within and is a retelling of Beauty and the Beast with a bit of a twist to it.

It’s just over 3000 words and tells the story of Isabel who swaps places with her father, who was imprisoned for stealing a rose. Not longer after meeting the man who holds her captive, it is revealed that not only is he cursed but she is as well. Both victims of an enchantress who has cursed the entire town for their wrongdoings, no matter how slight.